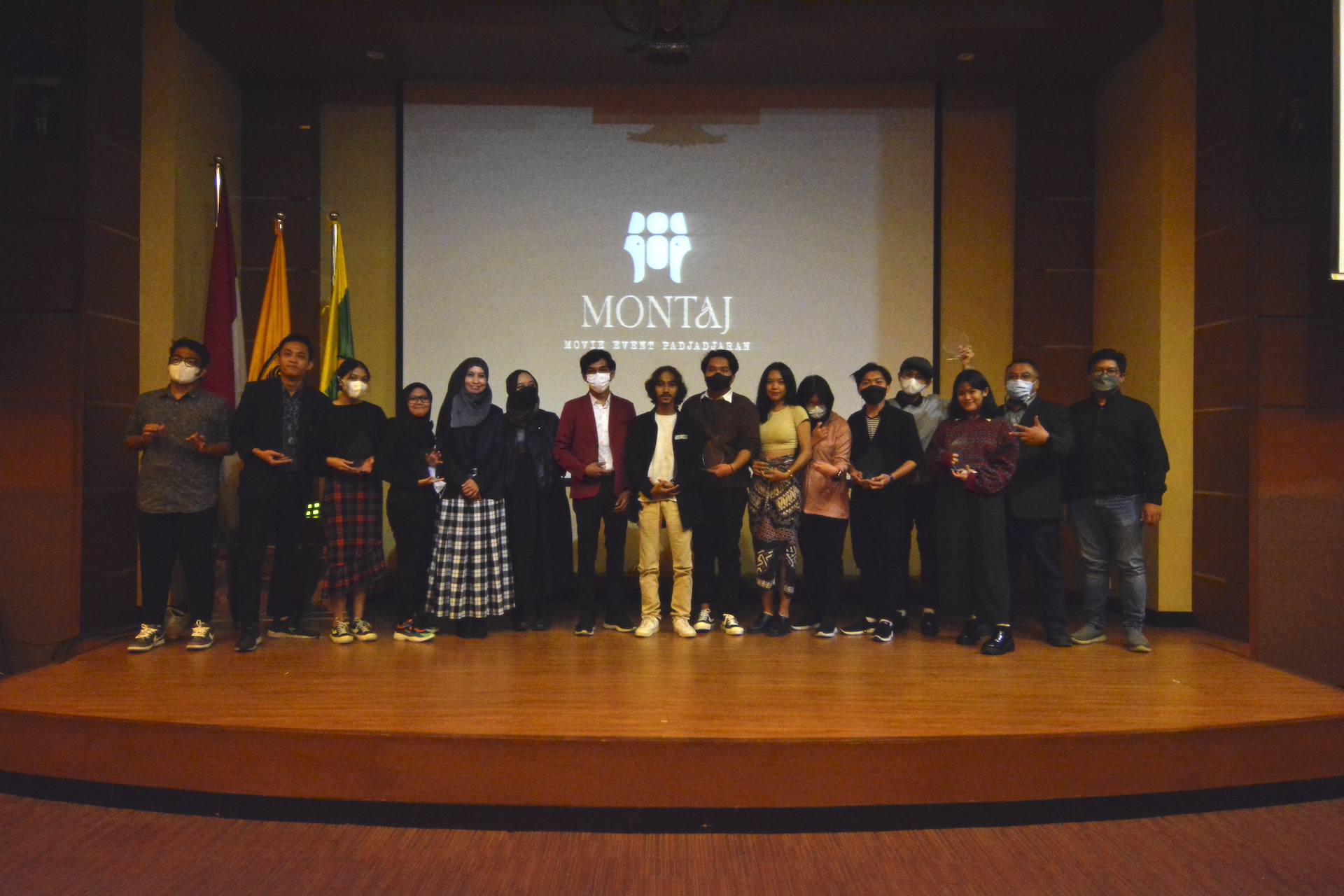 Montaj: Movie Event Padjadjaran is the first student film festival held by the TV & Film Study Program of Fikom Unpad in collaboration with the Indonesian Film Agency, a form of implementation of the learning method. Project Base Learning from the Film Business and Industry Course collaborated with the Film Production Course which was attended by 6th semester TVF students (class of 2019).

The purpose of this activity according to the representative of the lecturer of the course, Lilis Puspitasari, S.Sos., M.I.kom is as a forum for appreciation of student films which are the final project of the Film Production course. In addition, this festival is a collaborative forum between Indonesian film stakeholders, and as an institution, Fikom Unpad can play a role in realizing a healthy and sustainable film ecosystem.

The first-ever Montaj is being held for six days from Monday, June 20, 2022, to Saturday, June 25, 2022, and has a Dark Academia theme for this year. Film acts as a medium to channel aspirations and express problems faced by students who are dominated by the age of 18-23, which is arguably an age that is prone to dark thoughts both from life problems, mental health problems, quarter life crisis or other social pressures.

Montaj opened with the Montaj Public Lecture #1 event on Monday 23/8, in the form of a webinar with the theme “Film as a Media for Social Criticism” with speaker Yosep Anggi Noen, a director whose films have received many awards at international film festivals. His last film, The Science of Fictions received the Special Mention Award at the 2019 Locarno Film Festival.

On the fourth day, June 23, 2022, there was a Screening of 2019 TVF Film Works and Discussion with resource person/evaluator Gunawan Paggaru, Chairman of the Indonesian Film Board, Head of TVF Study Program Dr. Sri Seti Indriani, and other TVF lecturers. A total of 7 films made by students were screened and continued with a discussion/question and answer session between the filmmakers and the jury, lecturers and participants. The 7 films are: Ariwara 1981 from Ariwara Production, Lilium from GC production, Wangsit from Picom Pictures, My Lovely Girlfriend from Oerra Pictures, Short on Cash from Hahi Pictures, Mukbang on the Grave from Sariwangi Production, and Within Thoughts from G/W Sinema.

Chairperson of the TVF Study Program Dr. Sri Seti Indriani stated the importance of showing and appreciating the work of TVF Study Program students in 2019 to spur students’ desire and creativity in the world of film, especially short films.

On the sidelines of the movie screening discussion, a Cooperation Agreement was signed between Fikom Unpad and the Indonesian Film Agency.

On the last day, Saturday, June 25, 2022 an Awarding Night was held. which is the highlight of the Montaj event, namely the Award Night for the winners of 12 criteria, the results of the assessment of the Jury consisting of Andi Bachtiar Yusuf (director) representative of the Film industry, Gunawan Paggaru, from the Indonesian Film Agency and Dr. Sri Seti Indriani, S.I.P., M.Si, as a representative of academia.

The event opened with a dance performance from LISES Unpad, followed by the announcement and awarding of the winners.

Head of Public Communication Office, Dandi Supriadi M.A. (SUT). PhD. in his speech said: “Montaj is a potential event, this event is an arena for creativity and proof that Fikom students are very creative, innovative and active children and have the potential to bring this event to a national or international event because Fikom Unpad has experience in carrying out international level events for things like this. My hope is that this event, although it is the output of the course, does not stop here, but can take place every year, continued by the younger siblings so that it becomes the Fikom trademark itself. This awarding is an extraordinary event because I know that the class that carried out this activity is a class that is quite busy doing other things as well as limited due to restrictions due to the pandemic, the event is quite neat and interesting. Hopefully Fikom’s children will remain enthusiastic, remain creative, active, innovative and continue to bring Unpad’s name to become a proud institution both regionally, nationally and internationally.”

The list of Montaj Awards winners is as follows;

The event was closed with the performance of Alunan Nusantara who played old Indonesian hits. (LP)

Information and coverage of Montaj, can be seen through IG account @Montaj_Unpad.*** 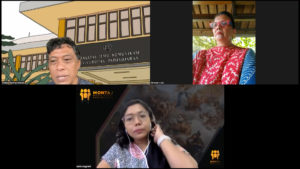 Cooperation between the Faculty of Communication Sciences, Padjadjaran University and the Indonesian Film Board