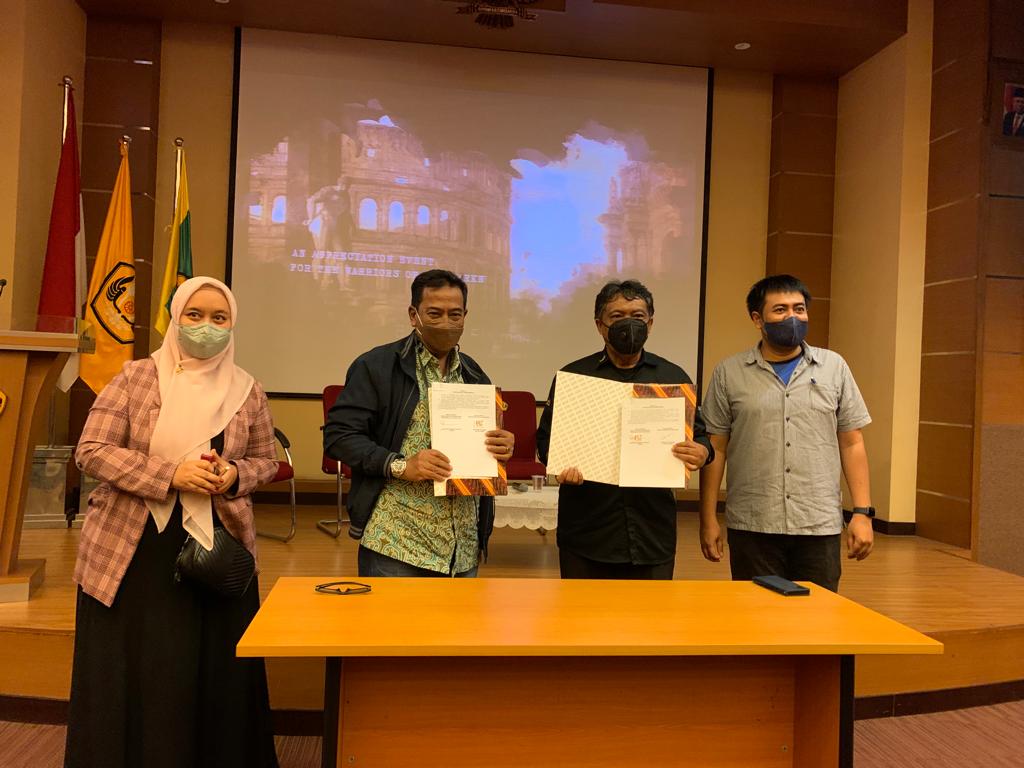 In his speech, Gunawan Paggaru said: “Developing national cinema, we must start from developing film human resources through education and conducting research and data collection on the potential map that we have. Collaborate between education and industry. That is why BPI sees that the MoU signed today is very important. BPI as an Integrator in accordance with its duties and functions mandated by Law No. 33 of 2009 concerning film”

Meanwhile, Dadang Rahmat said. “Fikom welcomes the cooperation with the Indonesian Film Agency. This collaboration is very important, because the campus cannot stand alone. God willing, Fikom is ready to collaborate both for research, conferences and other events including festivals. Fikom plans to organize the Jatinangor International Film Festival, and hopes that it will be fully supported by BPI, and can provide benefits for both parties and of course for the film community “.

The signing of the collaboration was carried out on the sidelines of the Film Screening and Film Discussion event by the 2019 class of Film and Unpad Television Students, where Gunawan Paggaru acted as the main evaluator. This Film Screening and Discussion is one of a series of Montaj: Movie Event Padjadjaran 2022 which was held as a collaboration of Film Industry Business and Film Production courses of 6th semester TV & Film Study Program students. (LP)